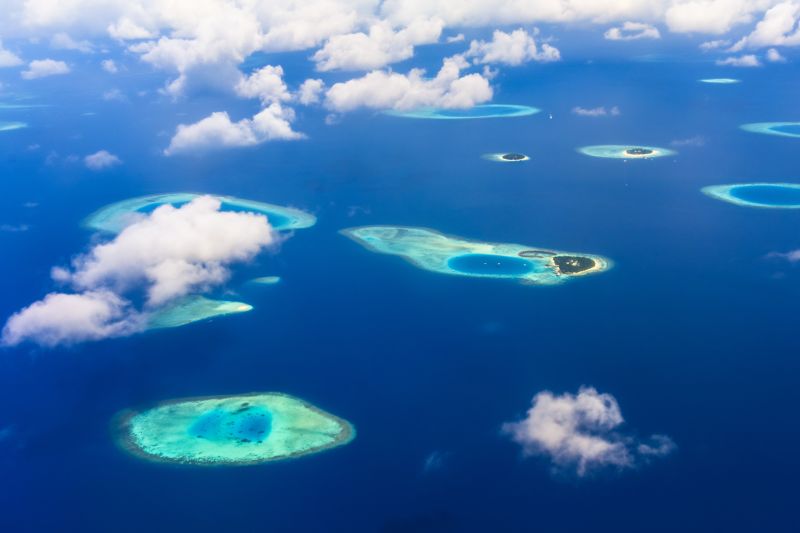 A high-level study published on the Elsevier for Energy portal has identified wave energy as the ‘backbone’ of future island energy systems.

More broadly, the research carried out by LUT University and Utrecht University, suggests offshore floating renewables will be a ‘gamechanger’ for island energy transitions – helping achieve security of supply while accelerating to 100% renewable-based systems.

The timely report, focusing on the Maldives, comes as the threat to low-lying coastal areas and archipelagos attracts greater global attention, being especially vulnerable to the increasing impacts of climate change.

Energy challenges within these regions are also exacerbated by scarce land resource meaning conventional renewable energy solutions cannot be deployed effectively. Over-reliance on imported fossil fuels, including diesel for electricity generation and hydro-carbon-based fuels for aviation and marine transport, add to the problem.

The in-depth analysis considers the potential of combined floating wind, wave and solar systems, used either in combination with imported CO2 neutral synthetic e-fuels, or synthesis units within the country – using the transportation intensive context of the Maldives.

It found that wave energy with its stable power profile could form the backbone of the archipelago’s energy system, especially during monsoon season when energy intensive facilities for transport e-fuel production are set up within the country.

Researchers identified hydrogen as the most suitable solution with easily distributable system components placed on islands across the country.

CorPower CEO Patrik Möller said: “The paper is the first one published in a series of studies aimed at quantifying the system value of adding wave energy into the electricity mix in various regions of the world. Christian Breyer and the renowned energy systems group of LUT University clearly show how wave energy will be important to help islands economies such as the Maldives decarbonize. The study finds that the consistent production profile of wave energy that is complementary to wind and solar helps to offset the intermittency of the mix, reducing the total cost of carbon-free electricity. The reduced variability in electricity generation also allows electrolyzers to run at higher utilization, reducing the cost of producing green hydrogen.”

The study also offers financial scenarios laying bare the positive effect of phasing out diesel-based electricity generation in the long-term.

In terms of timelines, researchers believe that floating offshore solar and wave power could accelerate a 100% renewable energy transition in regions like the Maldives between 2030 and 2050.

The study received financial support from the European Union’s Horizon 2020 programme, and the €45 million EU-SCORES project.