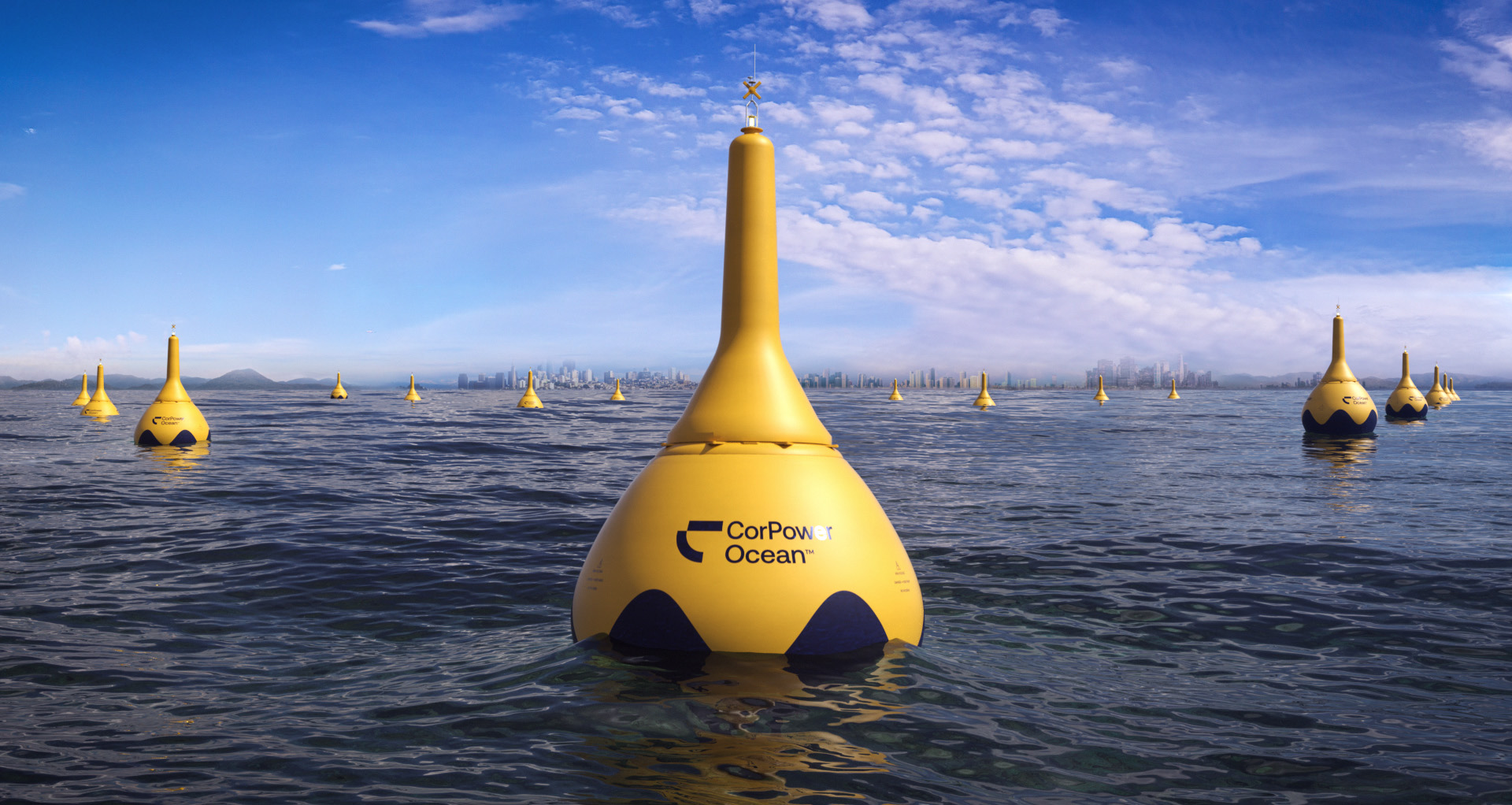 The event is being broadcast online to an international audience from the Space Arena in Stockholm, Sweden. It comes as the wave energy developer prepares to deliver its flagship HiWave-5 Project in northern Portugal, with ocean deployment planned later this year.

The new CorPower C4 device will ultimately form part of a four-system wave array, off the coast of Aguçadoura, Portugal, creating one of the world’s first grid-connected wave farms.

Patrik Möller, Co-founder & CEO, said today’s product unveil marked a seminal moment for the firm. “Speaking on behalf of the entire CorPower Ocean team, our partners and investors, we are extremely proud to embark on a new era for wave energy, with the launch of our commercial scale offering,” said Mr Möller. “This has been a decade-long development, with significant strides in the last few years to industrialise and optimise our wave energy technology. We are on track to deliver certified and warrantied WEC products to the market by 2024/25, unleashing the full potential of ‘utility-scale’ wave farms. Following today’s launch, we aim to propel wave energy into the future green energy mix as a bankable technology through the HiWave-5 Project.”

The CorPower C4, with 300kW power rating, represents the world’s most compact wave energy system in relation to power output. With a strong and lightweight structure, it can be produced rapidly in large volumes. The technology is designed and delivered as CorPack clusters of 10-20MW rating, forming the building blocks of future large-scale wave farms.

CorPack wave farms will have minimal visual impact and can deliver up to three times as much power per ocean footprint compared to a typical offshore wind farm.

Hanna Nordqvist, Head of People & Culture at CorPower Ocean, who co-presented on stage, said: “I feel extremely proud today to be part of this dedicated team that is now making the final push of bringing wave energy to the world. Wave energy can play a vital role bringing stability to the future zero-carbon energy mix, replacing the role that oil, gas, coal and nuclear have played in the past. The key to address climate change is to remove our dependency on fossil fuels.”

Speaking at the unveil event Sam Roch-Perks, CEO of Simply Blue Energy, said: “We identified CorPower Ocean as a leading wave energy developer back in 2016, before signing a collaboration agreement and developing plans for Project Saoirse. This is a really exciting phase in the movement towards hybrid wave-wind farms as we aim to harness the immense power of the Atlantic Ocean, combining floating offshore wind and wave technology to produce zero-carbon electricity. We are delighted to be working on this with the CorPower Ocean’s team given their engineering pedigree, technical ability and past achievements. We pass huge congratulations following the unveiling of their new commercial scale product range and we look forward to working closely together into the future.”

Kevin Rebenius, CorPower Ocean Commercial Director said: “Over the years, CorPower Ocean’s consistent innovations have contributed to a step change improvement to the competitiveness of wave energy. Our unique technology offers a combination of storm protection and strongly amplified power generation in regular waves. This enables the CorPower C4 to generate up to five times more annual energy per tonne of device compared to previous state of the art. Delivering large amounts of energy with relatively small devices drives down CAPEX. Meanwhile, the compact and lightweight technology is easy to transport, assemble, install and service, driving down OPEX. Together this contributes to a highly competitive cost curve, and a clear path to 30 EUR/MWh with GW deployments.”

A Press Kit with background information and high-resolution images can be found >>here.

Wave Power. To Power the planet.