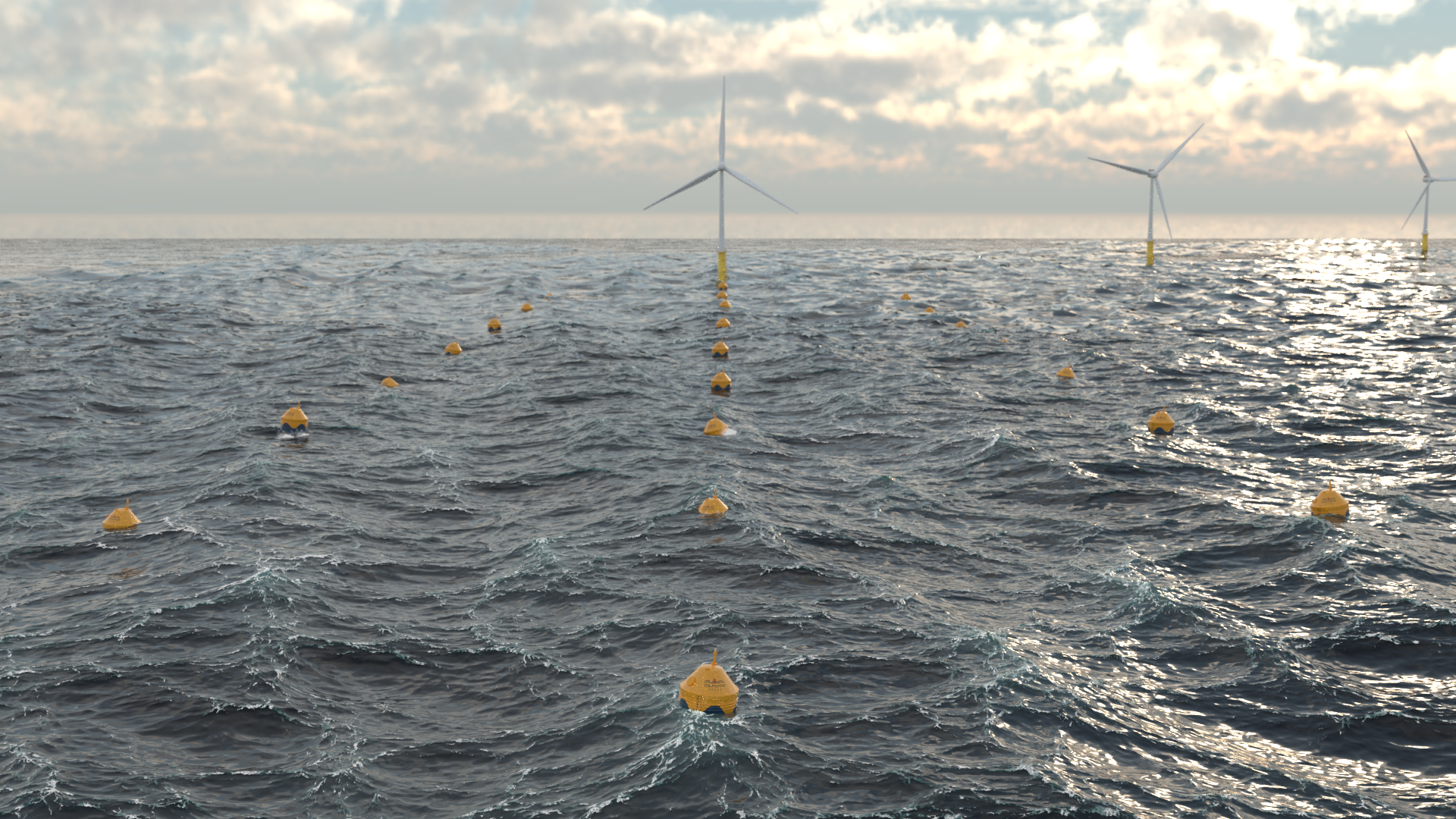 While it may seem counterintuitive, a successful transition to 100% renewable energy systems is not a simple calculation of the amount of clean energy we can generate.

While it may seem counterintuitive, a successful transition to 100% renewable energy systems is not a simple calculation of the amount of clean energy we can generate.

The larger issue at play revolves around when we harvest this energy, and ultimately balancing supply with demand at all times, in all regions of the world.

This is where the intermittency of our most established renewable energy sources – wind and solar – present a conundrum, only functioning when the sun shines and the wind blows.

For example, in a wind dominated region, value dips when it is windy while prices spike during periods of low wind. The story is similar with solar power, and neither issue is solved by adding more of that same wind or solar profile.

A recent report by Berkeley labs  Solar-to-Grid | Electricity Markets and Policy Group (lbl.gov) reinforces this point through a deep assessment of ‘reliability, trends in market value, and impacts on the bulk power system’ of solar deployed in the US.

We believe wave energy can play a vital role as a ‘stabilising’ power source helping provide energy during 20-30% of the year when wind and solar is scarce.

This will ensure renewable energy can be delivered in line with demand, avoiding ‘peaks and troughs’ of supply, and subsequent market volatility. – ultimately paving the way to 100% renewable energy systems with the lowest cost and highest resilience.

Wave energy can achieve this because of its consistent, reliable and predictable power profile. This is all due to the way in which wave energy is created, built by large weather systems over several days.

Its power profile is also unique in locations with little to no correlation with wind and solar. This is particularly evident along large ocean coastlines. Here the energy content is swell dominated, with long waves fetched from weather systems far out at sea gathering energy for multiple days before reaching our shores.

In areas like the west coast United States, the annual power profile of wave energy is exceedingly complementary to wind and solar. This is not only true on a weekly perspective but also on seasonal basis providing an ideal balancing effect in coastal states including California, Oregon and Washington State.

In order to scientifically quantify the value of wave energy’s consistent and complementary power profile, studies on ‘Multiple Energy Systems’ have illustrated the lowest cost mix to reach 100% renewable energy systems features a reasonably high proportion of wave energy in many places of the world – including 10-25% in western US and EU.

A regional example from California, using the GenX model included 55GW of wave energy in the lowest cost mix to reach zero carbon between 2040-2050. The complementary production profile allows for a smaller, less costly energy system, despite higher LCOE of wave versus wind and solar. 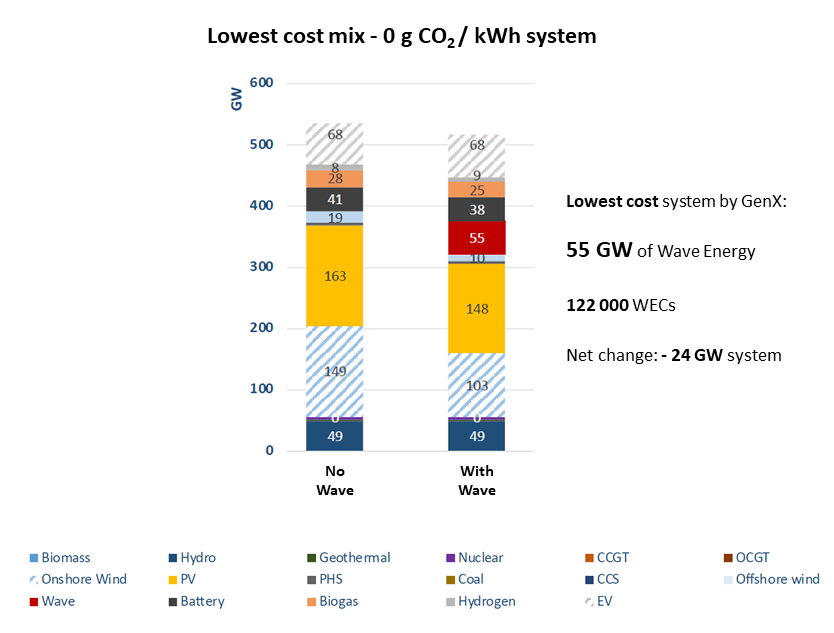 In essence, less generation, less storage and less grid capacity required to balance supply to demand at all times, resulting in the lowest overall system cost.

While this has previously been a topic primarily for energy system planners, it is now gaining serious traction with major corporations now taking through the 24/7 carbon free energy movement. Read more here

The technology readiness of wave energy is reaching maturity with several developers well on track to demonstrate bankable products in the coming years. With 500GW of practical potential it can match the capacity of existing global nuclear or hydro power.

Moreover, all continents benefit from useful wave resources, largely dominated on west coasts, due to predominant westerly winds in the tempered zones.

The pathway to future 100% renewable energy systems is reliant on a greater mix of additional stable and complementary clean energy sources, and wave energy currently sits in pole position.