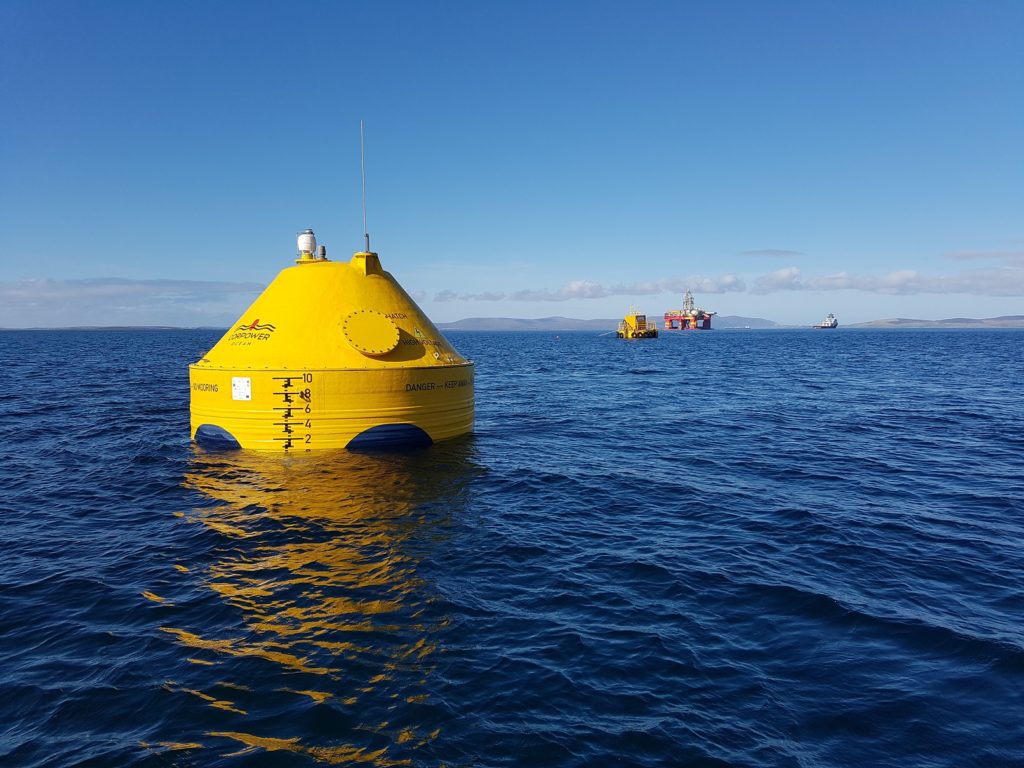 CorPower Ocean brings a new class of high efficiency Wave Energy Converter, enabling robust and cost- effective harvesting of electricity from ocean waves.
The design principle is inspired by the pumping principles of the human heart and offers five times more energy per ton of device compared to previously known technology. This allows a large amount of energy to be harvested using a small low-cost device. The system has excellent survivability in storms, thanks to being inherently transparent to incoming wave energy. The step-change increase in structural efficiency is enabled by a novel system design and advanced control technology – providing a path for wave energy to overtake modern wind turbines in structural efficiency and long term competitiveness.

CorPower follows a structured five-stage verification process established as best practices for ocean energy technology by ETIP Ocean and Wave Energy Scotland. It involves step-wise validation of survivability, performance, reliability and economics starting with small scale prototypes in Stage 1, continued by sub-system testing and then fully integrated WECs in increasing scales up to array demonstration in Stage 5. The current Stage 3 program follows the prior testing of multiple prototypes in smaller scales performed in Portugal, France and Sweden since 2013.

Here is a video about this project!