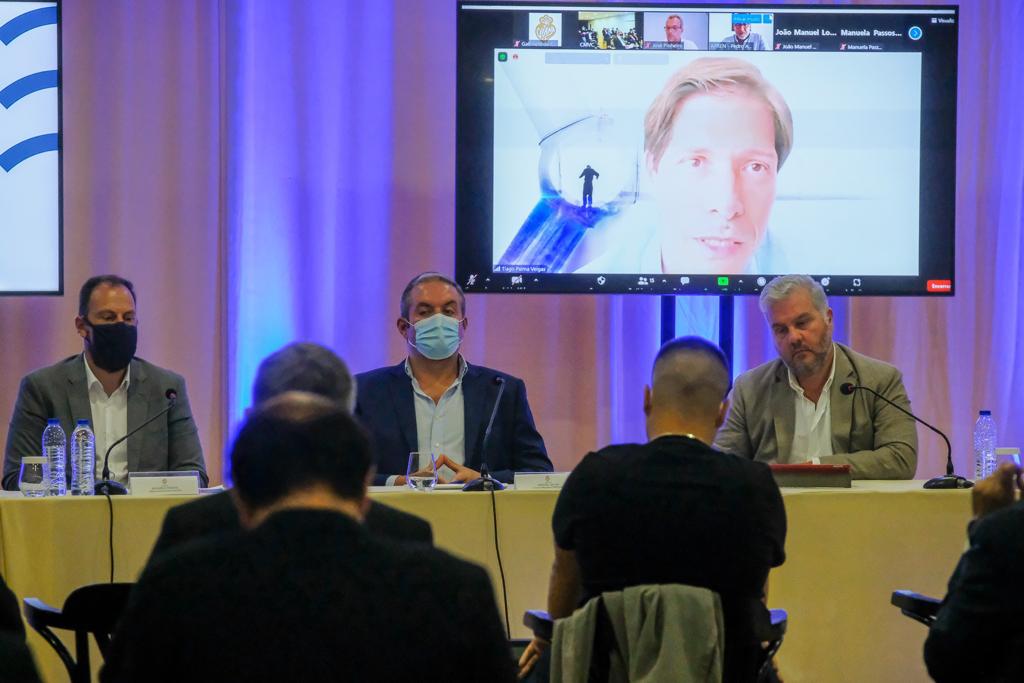 CorPower joined an elite panel of marine energy experts in Viana do Castelo, northern Portugal, to discuss the region’s ambitious plan to become an epicentre for offshore renewables.

The Alto Minho region is positioning itself to receive a series of major marine energy investments, taking advantage of the “great production potential” from the Atlantic coast.

The municipality is reported to have been approached by several companies pledging investments totalling circa 1billion EUR to create new marine renewable projects, driving job creation across shipbuilding, metalworking and many other supply chains.

Plans are also underway to complete the installation of an ‘International Offshore Energy Testing Centre’ by 2026, funded by the Portuguese Recovery and Resilience Program (PRR) to help underpin the surge in activity. The centre will not only service companies, but also act as a knowledge repository for universities, polytechnics, research laboratories.

Aside from significant natural environmental benefits, other key attractions to the north Portuguese coast include a strong and firmly established skills base in metalworking and naval industries, including the construction and chartering of support vessels and maintenance of future offshore platforms.

The region is particularly well positioned for wind, wave and solar power projects, and with the fast-changing energy paradigm increasing attention is being placed on renewable energy’s future role in green hydrogen production. The location also has enormous potential for the scientific community, as a reference space at European level, for studies linked to biodiversity and other research areas.

Viana do Castelo is already a well-established hub for marine sector innovation. The growing green energy cluster started with the 125million EUR Windfloat Atlantic project – the first floating wind farm in continental Europe – spearheaded by the Windplus consortium (EDP Renováveis, Engie, Repsol and Principle Power). The installation of the first turbine on the floating platform was completed in October 2019, and it first began supplying clean energy through a 20km cable to the substation of Viana do Castelo in January 2020.

In summer 2020, CorPower Ocean invested a further 16million EUR to construct a Manufacturing, R&D and Service Centre in the sea port, for the production of wave energy converters, following a deal with Administration Ports of Douro, Leixões and Viana do Castelo (APDL). The site is also now the focus of CorPower’s flagship HiWave-5 Project, involving its first commercial scale demonstration.

In addition, the EU funded ‘Atlantis Project’ also launched in region, to propel the development of underwater robotics for the monitoring and treatment of offshore industries, under the coordination of the Institute of Systems and Computer Engineering, Technology and Science (Inest Tec), involving a consortium of European universities and research centres.

CorPower’s Portugal Country Manager Miguel Silva said: “We have been working closely with authorities in Viana do Castelo since establishing the region as our operational base for the flagship HiWave-5 Project. We feel particularly energized to be operating in Viana do Castelo given the considerable interest to build on its obvious potential and create a world-leading offshore energy testing hub. Wave energy will play a vital role in the future green energy mix due to its complementary production profile to wind and solar. In this respect there is significant interest in the development a hybridized system with WindFloat Atlantic and creating the first 10MW combined wave and wind array off Viana do Castelo.”