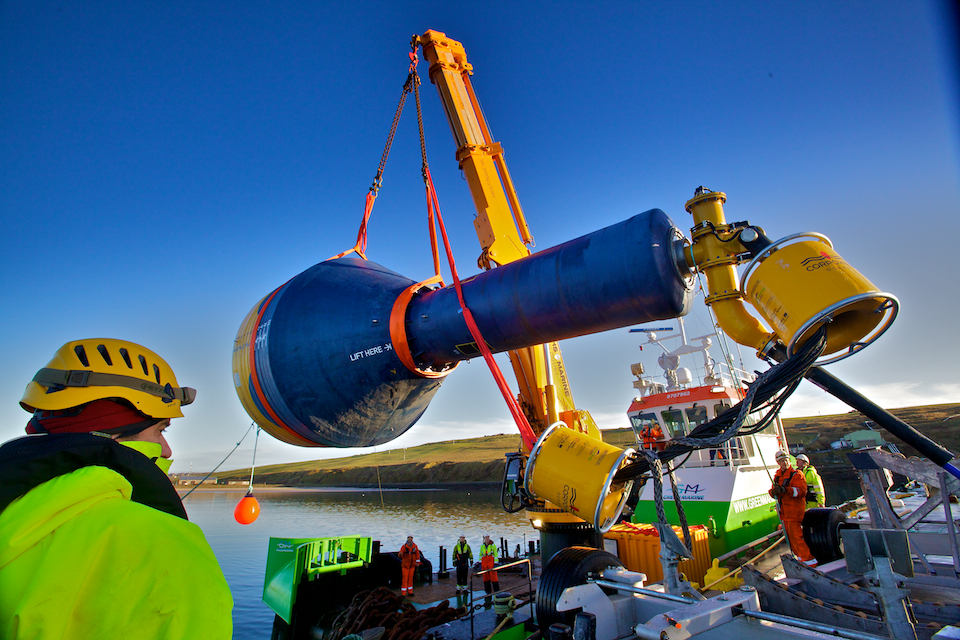 Is Wave Energy Ready to Climb Out of the ‘Valley of Death’?

Judging by gathering momentum spanning the globe, and what’s cooking in CorPower’s new facilities, the answer is a strong and affirmative, YES!

Wave energy had a shot at breaking out a decade ago and failed. The sector still shows signs of life.

A clutch of wave power developers is hoping to shake off the technology’s forever-round-the-corner reputation with commercial-scale arrays that could be in the water next year. AW-Energy, a Finnish developer, is looking to deliver a commercial product called the WaveRoller in 2021.  And CorPower Ocean, based in Sweden, is looking to test a commercial-scale system in the second half of next year, with a view to getting certified and warrantied wave energy converters onto the market by 2024.

In August, Ocean Power Technologies of New Jersey trumpeted more than one and a half years of continuous operation for one of its PB3 PowerBuoy wave energy converters, powering underwater vehicles for Italian oil firm Eni in the Adriatic Sea. Elsewhere, a Scottish-government-backed body called Wave Energy Scotland has invested £7.7 million ($10 million) to help local developers Mocean Energy and AWS Ocean Energy, both of which are preparing demonstration devices for launch in the coming months.

The level of precommercial activity among these companies, along with developments such as the June launch of the PacWave testing facility by Oregon State University, indicates that despite its many setbacks, the much-hyped wave energy sector still holds promise — and a pulse.

Wave energy has long formed part of a group of technologies, including tidal stream turbines and small modular reactors, that proponents say could become major sources of power but seem to remain eternally on the cusp of commercialization. Wave energy already had a clear shot at commercialization and failed. Around a decade ago, there were dozens of wave energy developers around the world, and the technology was attracting interest from corporate giants such as ABB, Abengoa and Alstom.

Two Scottish developers, Aquamarine Power and Pelamis, looked poised to break out. Aquamarine aimed to set up a 2.4-megawatt array in Scottish waters; Pelamis got as far as installing three machines off of Aguçadoura, Portugal in a 2.25-megawatt array. The array was online for a month, but Pelamis went under in 2014. Aquamarine folded the following year.

A lack of government support added to the sector’s challenges, noted a 2017 report on the failure of wave energy in the U.K., formerly one of the leading markets for the sector. “Wave energy’s failure to reach market can, in part, be attributed to weaknesses in government and industrial strategy to support wave energy innovation in the U.K., most notably a premature emphasis on commercialization and a lack of knowledge exchange,” said the report.

“Today, the U.K. is home to an innovation system much better placed to deliver a commercial wave energy device. However, this newly configured system is likely to face severe disruption from wider political developments such as Brexit’s impact on EU funding,” the report said.

From valley of death to slope of enlightenment

Current wave energy contenders know they face an uphill struggle, not least from ever-cheaper wind and solar power above the waterline.“It remains incredibly challenging to harness wave energy or convert it into electricity in large volumes,” CorPower CEO Patrik Möller said in an email.

Today’s front-runners are working hard to make sure their products are bankable and reliable. CorPower, for instance, has a five-stage product verification process “ensuring the business case is supported by physical and economical metrics in each stage,” said Möller.

“This provides a clear path to reach a bankable product with the least time, money and risk.”

AW-Energy has similarly focused on product testing and certification. “We went out to insurance companies and said, ‘What is it you need for business interruption insurance?’” said CEO Christopher Ridgewell, a naval architect who formerly worked at Lloyd’s Register, in an interview.

“They said: ‘We need certification from a third party so we have confidence in the integrity of the technology.’ That’s why we started off on a certification program together with Lloyd’s Register, also working closely with DNV GL. It allowed us to have several demonstrable milestones,” Ridgewell said.

This painstaking certification process comes on top of years of technology development. Wave energy is not a sector for the impatient, in other words. Ocean Power Technologies’ PowerBuoy technology has undergone testing since 1997. AW-Energy was founded in 2003, and CorPower has been around since 2009.

It’s this cautious path toward commercialization that gives wave energy companies confidence that they will soon be able to deploy bankable, reliable devices. Matching the development of the sector to the phases in Gartner’s famous hype cycle, Ridgewell intimated that wave energy is now emerging from the trough of disillusionment and could soon be ascending the slope of enlightenment. “We’ve gone over the hype,” he said. “We’re in that valley of death, climbing out of there at the moment.”