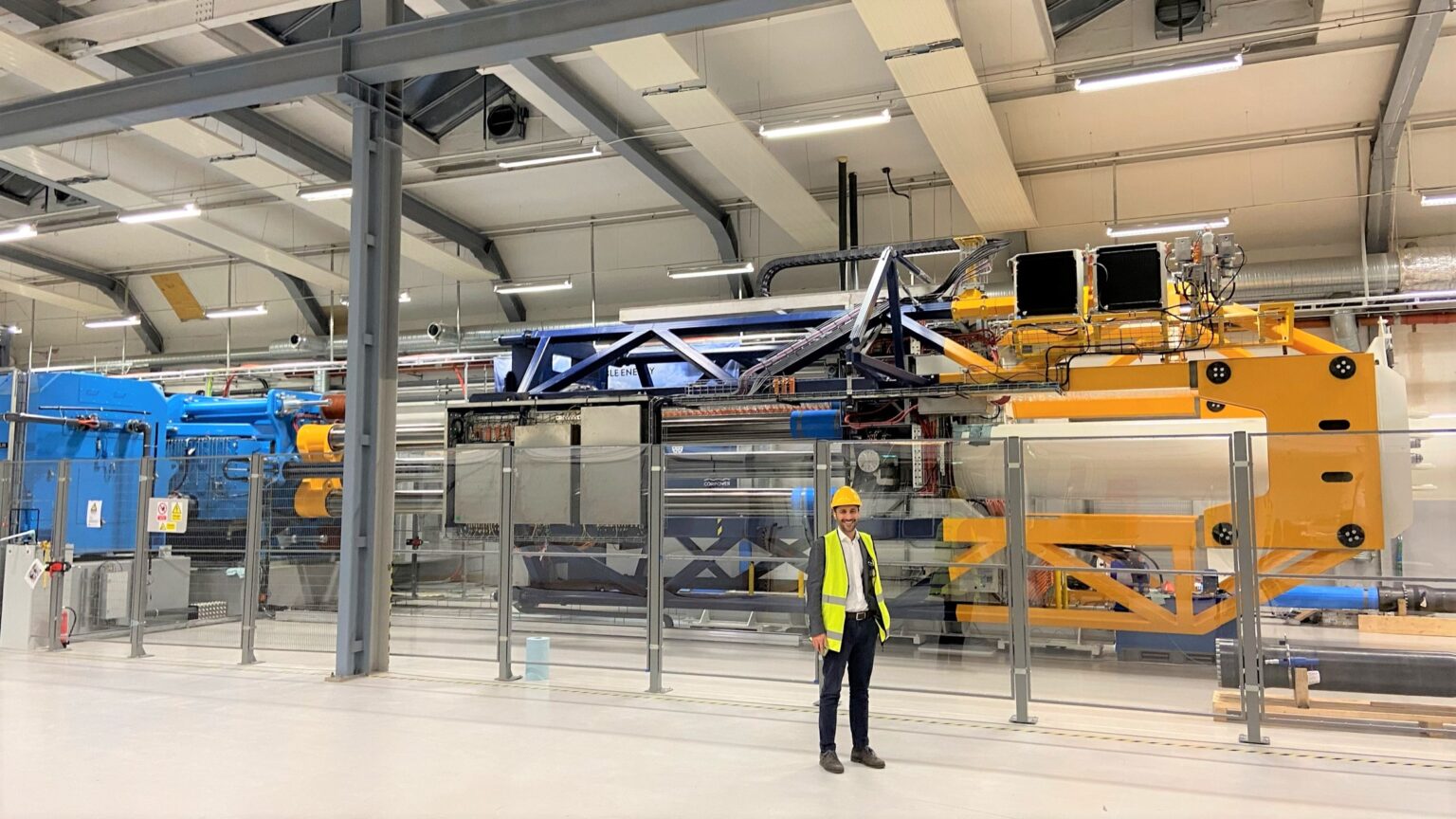 CorPower Ocean is realizing something that has long been a bit of wishful thinking – to be able to supply our planet with clean electricity from ocean waves. Many attempts have been made, but harsh oceans conditions have repeatedly thwarted previous endeavours. CorPower Ocean is fast changing that paradigm. After more than 10 years of development with step-by-step testing, great progress has been made in robustness and performance. Right now, the firm’s first power plant on a commercial scale is being tested in Stockholm. The world’s largest rig for land-based testing of wave power plants has been built in collaboration with ABB.

“We are at the end of step four in our five-step verification process to demonstrate wave power as a robust source of clean energy,” said Mr Möller. “The first commercial scale power plant will be installed in northern Portugal this year. Based on the lessons learned, we will then add another three next generation devices and install them together to demonstrate our wave energy array concept. ”

With 8000 hours of operational data, the power plant will be type-certified and a commercial product by 2025 before being shipped to customers in volume.

Waves traveling across the oceans store enormous amounts of power, remaining one of the world’s largest untouched sources of renewable energy. The ‘silver bullet’ is that waves from the great oceans of the world hit our shores regardless of local wind or sun conditions, which makes wave power an excellent complement to wind and solar.

To balance solar and wind power variations is one of the most critical and pressing issues to solve in order to a achieve a global energy system entirely sourced from renewables.

Leading energy companies such as EDP, ENEL and Simply Blue Group are supporting CorPower Ocean in the development and demonstration. The hulls, anchoring and electrical infrastructure are manufactured on site, while the drive train is manufactured in Sweden. Mr Möller added that the ready-made drive train has proved a major benefit to show to customers during dry tests in Stockholm.

“It is incredibly inspiring to be involved in industrializing wave power,” he said. “We have been working on this for a long time, but now there is great interest in taking renewable energy all the way. Investors see the opportunities, and end consumers want green electricity during all hours of the year. Through wave energy CorPower Ocean offers the perfect complementary power source with wind and solar. For the Nordic region, we see enormous potential along Norway’s coast.”

Each of CorPower Ocean’s buoys (Wave Energy Converters) is 9 meters in diameter and can generate 300kW. They are installed in clusters (grid systems) of 10-20MW. Several customers are already working to combine CorPower Ocean’s wave clusters with floating offshore wind turbines, where the electrical infrastructure can be shared and a smoother production profile achieved, with a higher value sold from a joint export cable.

CorPower Ocean has been funded by public institutions and private capital, and has both financial and industrial investors. At the end of the year, the company is planning a major capital raising, to take the final step towards an industrialized and type-certified product that can begin to be shipped to customers from 2025 onwards.

CorPower Ocean is set to appear at the forthcoming Sweden Sustaintech Venture Day, taking place on March 22 at Norra Latin in Stockholm.

The event is considered one of the leading Swedish capital market days for scale-up sustaintech companies to meet Swedish and international investors.

CorPower Ocean will appear as one of 31 carefully selected unlisted Sustaintech companies, presenting its own specific business case for the role of wave energy, and its impact on the future energy transition.

Vision: Huge amounts of clean and consistent energy from our oceans solves the following challenge: 100% renewable energy all hours of the year